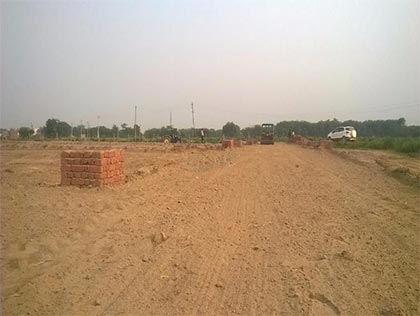 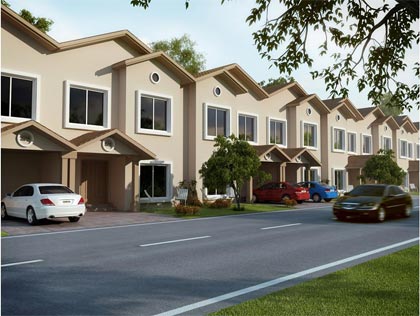 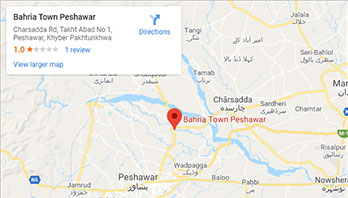 Bahria Town Peshawar bookings were scheduled to start on January 2020. For some unavoidable reasons this could not happen now reservations are expected to resume on 14 August2020. Inaugural of Bahria Town Peshawar Head Office has already made by the chairman of Bahria Town Malik Riaz Hussain. The head office of Bahria Town Peshawar is situated at GT Road near vegetable and fruit market jhigra. Which is not yet operational it will be opened for customers as soon as the booking date is announced.  As the reservation begins Bahria Town Peshawar application forms will be available from all the nominated bank branches across the country including Islamabad, Karachi, Nawab Shah and Bahria Town Lahore.  Bahria Towns management will regularly launch it through media. To book plots in Peshawar, Bahria town can select one way from the following: The application form will be issued in it whose worth can be 5 thousand to 50 thousand. Only one form will be issued on the ID card. To get more than one form you have to purchase these forms from property dealers of bahria town. The price will be charged in addition to the actual value which will be more than the actual value of the form. Everyone can purchase as many forms as they want, after filling he will submit these forms to Bahria Town Peshawar office. Plot and Block number are given to all applicants later. Bahria town had adopted this second way in Bahria Enclave Islamabad Zone 2. In which the full payment of plot is received on cash and bahria town give these plots to sell through their dealers. Buyers are not offered to buy directly. And this is the more expected way in Bahria Peshawar. Estimation of plot prices in Bahria Town Peshawar could be done after the declaration of its location. The estimated price of plots here is given below:  5 Marla Plot Price = 30 lack  10 Marla Plot Price = 50 lack

Peshawar the City of Flowers

Peshawar is included in one of the oldest cities of Asia and also is the capital of Khyber Pakhtunkhwa. With a great history it is deemed as the conservative Islamic city. The word Peshawar whose meaning is the “City of Men” has been derived from sanscrit. The people of this city are very hospitable which makes you want to visit it again and again. Some basic features of this city are described below: Location & Population: Near the historic Khyber Pass this city is located in a valley, near to the border with Afghanistan. It has the population about 1,218,773 making it the largest city of Khyber pakhtunkhwa. This city was the capital of Durrani Empire and also served as the capital for Kushan Empire. It was known for its huge 16 gates known as Reti, Kachehri, Asamai, Bajouri, Dabgari, Ramdas, Hashtnagri, Beriskian, Sard Chah, Sirki, Kohati, Rampura Gate, Yakka Thoot, Ganj, Kabuli Lahori. There are antique places like Fort Bala Hisar, Gor Khatri, Namak Mandi, Qisa khuwani bazaar that must not be neglected as well as some Qisa khuwani bazaar, up-to-date buildings. Language & Religion: As this is the sixth largest city of Pakistan. The native language spoken in this beautiful city is named as “Pashto”. Urdu and Hindko is also spoken in this city. Mostly the population of this city is Muslims in 1998 census which make 98.5% of the city’s population. About 70,000 members of Ahmadiyya Muslim community while the Christians make up the second largest religious group live in this town. Famous Productions: This city is including in one of the most former cities on earth. Its production of handicrafts, silks, footwear, cotton, textile etc offer an established economy. Traditional Carpets is one of the biggest expots of the country at present. This city is famous for its “bara” markets and the largest variability of goods are available at reasonable prices that one can’t imagine.                                                                                                                Food Courts: When we are talking about this beautiful city how we can forget about its food courts. Rashakai a place famous for cloth market. You can please your sense of taste after shopping with amazing “charsi tikka” at just around the corner. Some other unforgettable peshawari foods are “chappal kababs” and “namkeen gosht” for the guests. Now fast food exits like Pizza hut, Chief Burger, KFC etc are also in this city other than its conventional foods. Separate Place for gatherings: As the people here are very conventional in terms of clothing due to which we see chaddars, abayas and shuttlecock burkas in and around the city. They didn’t like anybody face their women’s instead of other cities in Pakistan. So they have a detached place named as “hujra” where the men would pleat, just like a living room where the females would not come in front of male visitants. Is Peshawar Safe? Due to kidnappings and ransom cases and the bombings, this town is not secure like other towns of our country. Markets shutdown early along with people instructed to come at home early and the roads less congested early in the evening. That is why having guns at home is common but it again depends on the area.                                             University of Peshawar: This is the public research university situated in Khyber Pakhtunkhwa. This university is also including in one of the oldest universities in Pakistan. The undergraduate, doctoral and post-graduate programs are offered by this university which was founded in 1950. Government of Khyber Pakhtunkhwa still need some work for education and job opportunities for inhabitants. Because students after college level are compelled to go to other cities like Lahore, Karachi and Islamabad for better education.

Peshawar is the oldest and largest city of Khyber pakhtukhwa. For this city we have a negative image due to the environment which we had seen on the news. But we sometimes forget that everything does not have a single aspect. Rather than its negative aspects this city is also the main attraction for tourists. University town, old town and British cantonment are the areas which are mostly attracted by the visitors. I individually found it the best when compared to other cities by means of heritage, money value in shopping, security and traditions. The language of hospitality and love has spoken by the naïve people and always willing to help the visitors. Historical Attractions of Peshawar: If you are going to visit this beautiful city here I am going to elaborate some places which you should never missed: Islamia College Bala Hisar Fort Mahabat Khan Mosque Cunningham Clock tower Peshawar Museum Khyber Pass Food Street Peshawar: When we visit this amazing city it is not possible that we forget the food street. Meat is the most important part of Peshawari food which is cooked in the form of “karhai”, “dumpukht” and “tikka”. Lamb meat is also liked by the people there. The most important thing about this street that they cook food in your presence according to your ordered variety and quantity. Fried Fish, a rice based dish with meat and raisins, chapli kebab and kabuli pulao are their traditional recepies. Cafes, multi-cuisine, and Chinese eatery is also opened up with growing times. As this city is just full of amazing traditional food, it’s very difficult to select the best spot. Below I am going to enlist some famous restaurants of the city: Charsi Tikka: It’s an old establishment restaurant situated in namak mandi that serves appealing karhai, tikka and diverse things, you can go to their open kitchen to get your order in front of you. This food is being cooked on low heat of coals. This slow cooking process allows the spices to get into the meat. Islamia Restaurant: With comfortable seating and good ambiance this restaurant is situated on university road. It have a wide menu but “namkeen karhai” is much liked. To make you feel completed they serve kehwa after food.                                                             Dumpukht: Their specialty is their “Kabuli Pulao” apart from other things being served here. This place is situated on university road. With dry fruits, caramelized carrots and rice their lamb meat cooked to perfection. Jalil kabab House: Accompained with hewed tomatoes, onions, green chilies and distinct spices they serve “Chapli Kebabs”. These kebabs are served with salad, naan and raita for perfection. Every time when you visit this city their taste makes it a must visit spot.                             Chinese Food: Now Chinese food is possible in this city. Some places which are famous for their Chinese taste are given below. China Terrace: Located on university road this spot is a silver laver for craving Chinese food. In terms of quality and quantity they serve good food at reasonable prices. Mint Margarita and Kung pao chicken with rice served here is just mind blowing. Hong Kong: Located on Mall road this spot provides an impressive menu including noodles, rice, meat options and forty eight types of soups. While being pocked-friendly this spot also has the capacity to accommodate families. Other Food Outlets: Rather than above there are various outlets available here like: Chief Burger Café Crunch Café di Milano Sweet Endings Chowk Yadgar Kulfi Falooda The golden Juice Shop Jan’s Deli Safari Valley is located at the start of Phase-8, Bahria Town Rawalpindi, it is adjacent to the Bahria Homes community and Overseas Enclave. Expressway 120 feet wide. Bahria town safari valley is situated at the distance of 5.5 kilometers from G.T.road 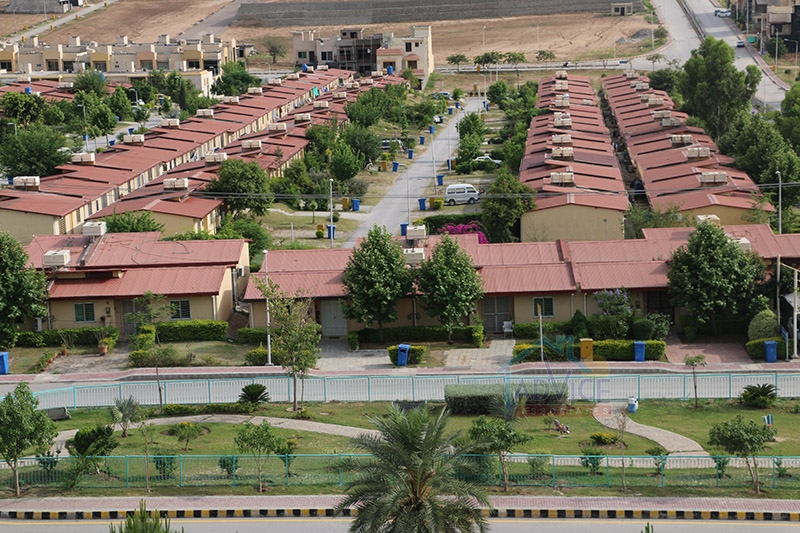 “One home for every Pakistani” is the dream Bahria Town strives to fulfill day in and day out. Having a shelter is but a human’s basic right and Bahria Town closely associates itself with this basic principle. Now the lower middle and below economic segments of Pakistan have a tangible plan Advice associates are the only Real Estate Agency of Bahria town Rawalpindi which provides online guidance and assistance to sellers and buyers in marketing and purchasing property of Bahria town Islamabad for the right price under the best terms. We determine client needs and financial abilities to propose a solution that suits them. We also provide construction facilities to our clients. When you choose advice associates for building your dream house, you can be sure your new home is a world-class property. For more information about Bahria Town, Gulberg Islamabad, Bahria Enclave, Bahria Orchard properties install this app or Visit Advice.pk.

have any queries? call us anytime